Yesterday we helped celebrate a special little boy's birthday, my grandson and Mel's son Jackson is turning 4. His actual birthday is this coming Tuesday but his Lego Ninjago themed birthday party was held yesterday at The Play Cube. When asked what cake he wanted for his birthday Jackson was very specific, it had to be chocolate with vanilla and Lego Ninjago. 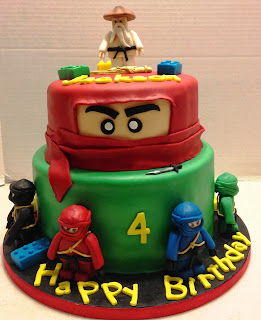 I have no idea the names of the characters but I asked Jackson which one he liked the best and he said the "red" guy, the "blue" guy, the "black" guy and the "green" guy and their father "Sensei".  Too cute. 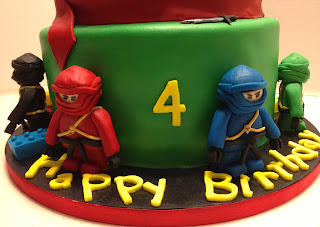 The bottom tier is chocolate fudge cake filled with vanilla mousse as per Jackson's specific  instructions.﻿ 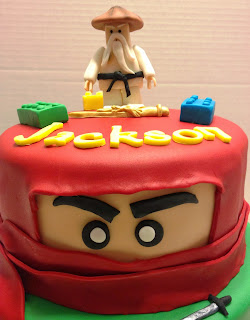 The top tier we decided to go with a seasonal favourite our pumpkin apple spice cake filled with a caramel cream cheese.  We made this flavor for one of the tiers of the fall wedding cake we did last week and it was a big hit so we thought we'd like some for ourselves and share it with the guests at Jackson's party as well.  And again it was a big hit. 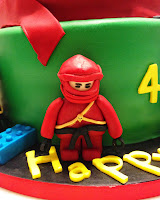 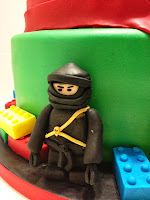 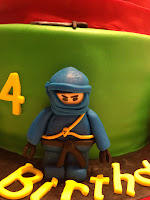 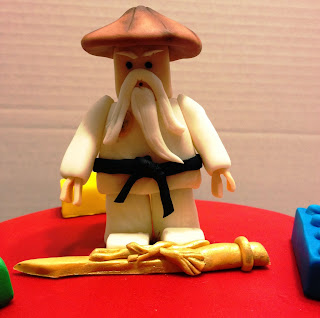 We have done 2 cakes previously in the Lego Ninjago theme which was based on the cover of a book that the birthday boy had for our 1st request. It also had the little ninja in 3D and "Sensei" was done in a 2D effect on top of the cake. We decided to go a little differently on this cake. Ideas were taken from other cakes found online and Jackson picked out one similar to what we made him.

A few fondant Lego pieces were added and the magic sword placed at Sensei's feet.  All in all I think the cake turned out great and I know for a fact Jackson loved it and so did all his little friends at the party. 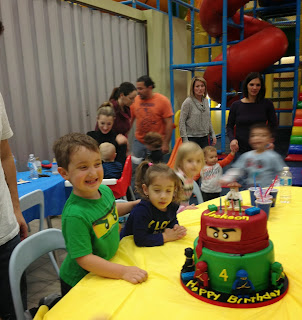 And here's our birthday boy with his little sister beside him and a few friends around getting ready to blow out the candles.  He's such a "Chandler Bing" when you ask him to smile for a picture, lol.


HAPPY BIRTHDAY SWEETHEART!
WE LOVE YOU TO THE MOON AND BACK
AND ALL THE STARS IN THE SKY!﻿