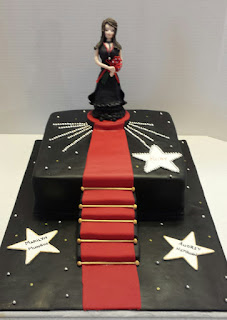 A friend of Melissa's asked for a cake to help celebrate a special birthday for her daughter Ruby the beginning of July 2015. It was a red carpet event with Ruby being the star. 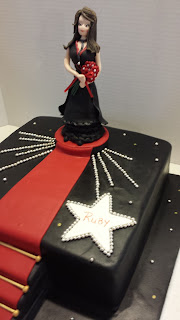 The female figure was made with gum paste and fondant detailing, In a long black dress for the event and holding a bouquet of flowers. 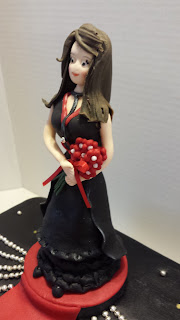 Ruby chose to share the stage with 2 of her favourite icons; 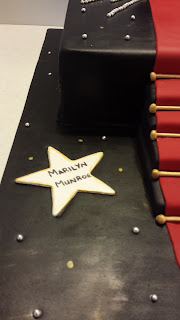 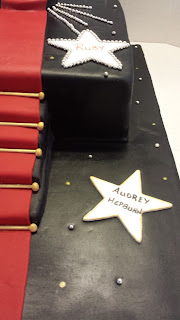 Silver sugar pearls were used to create the sparkle
Shortly after this cake was made hubby and I along with friends were off to enjoy a week long Mediterranean cruise out of Rome and a second week long stay in Sulmona.  Sulmona is famous for the almond candy confetti that is typically given out at weddings. This beautiful picturesque city is located in Abruzzo Italy.

There are more cakes which I will be posting as it was back to work shortly after returning in August 2015.  So keep checking for my next update.